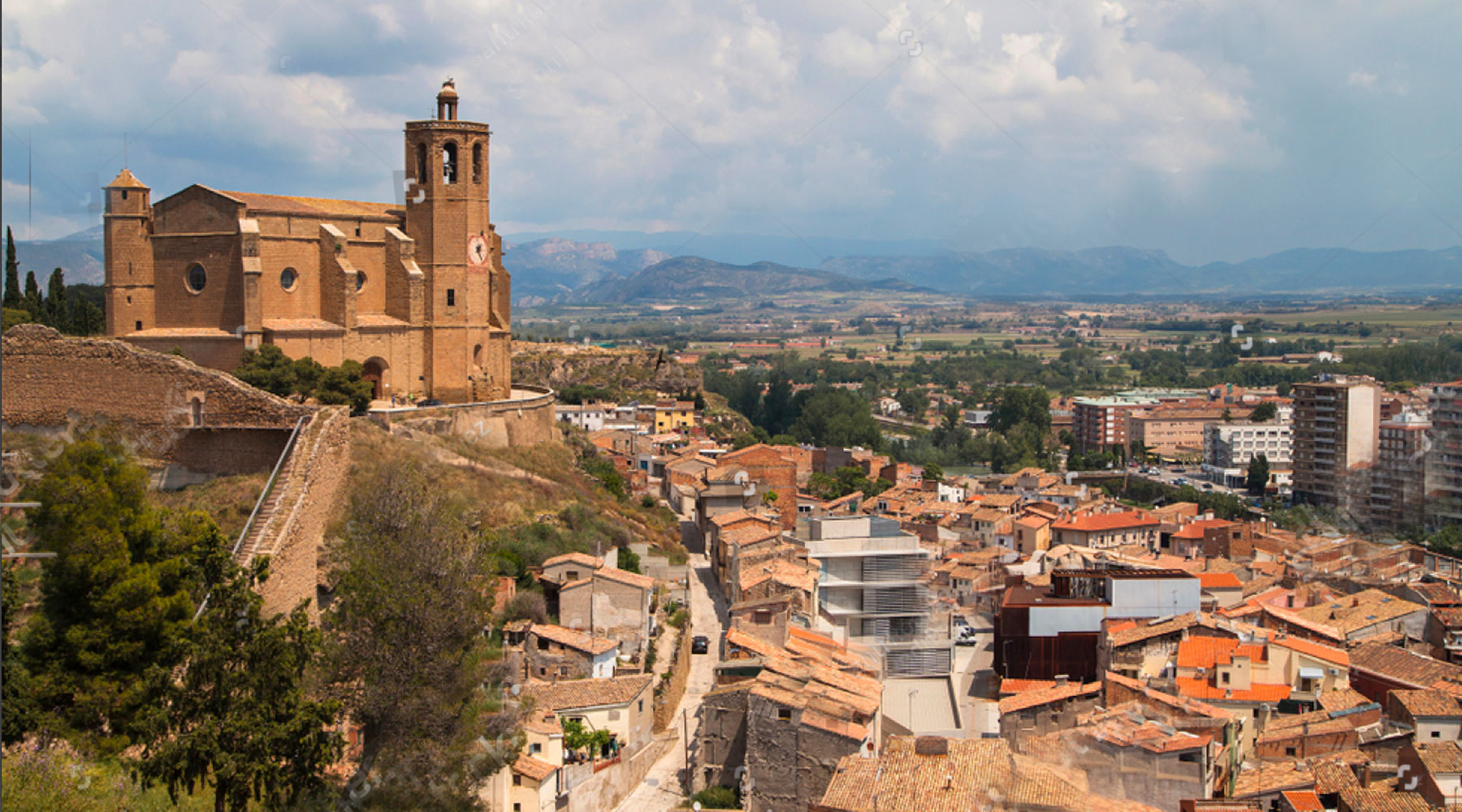 A chameleon city, Balaguer is attractive for its architectural variety: it has a Gothic wall, a medieval square, a shrine that was mosque and later a Romanesque church, a Roman villa at 4 km away, remains of a castle of the 9th century exposed at the museum of the Walnut and, even, a modernist relic.

One of the big advantages to stay at Lo Palauet of the Wall is its location at the well half of the Jewish callus or jueria. The birth of this neighbourhood dates from 1333, when the Jews were expelled from the urban area of the medieval Balaguer. It conserves, besides, the ancient synagogue, reconverted to Miracle’s church. The Mercadal is the center, which the traveller will have to cross.

The market days with all its bustle and appearance of the 800 years of history of this bazaar alfresco. It was the place that parted anciently the callus of the Christian neighbourhood and nowadays has become a space of coexistence.

Some of its restaurants are very popular. The street of Below and its surroundings constitute the axis vertebrae of the ancient Balaguer, that this year is a small and vibrant conglomerate of alleys with centenarian trades.

The Modernism at Balaguer

At the end of Miracle street you find the building named Xalet Montoliu, Balaguer’s modernist jewel. Essential artistic movements to understand it are Fin of siecle European, also met how Jugendstil (Germany), Sezession (Aùstria) or Art Nouveau (France, Belgium), the modernism contributed names and Mackintosh (Glasgow), Victor Horta (Brussels) or Gaudí (Barcelona) that capsized the neoclassical laws imperants at the architecture to create a new art of organic inspiration. His print also reached Balaguer, where you find this home of architect still unfamiliar but where view with clarity the influences of Catalan masters and Gaudí or Domènec and Montaner. Recently renewed, this building is one of the best postcards of Balaguer.

In the historic centre there are streets that attract people, some with arcades, such as d’Avall or the Bridge, that conserve numerous traditional trades. If we walk aound the Major street, pay attention to the Confectionery Graells. Wherever you go you will end giving with the peculiar Pou square and of Sant Salvador which are very lively, where you find elements of interest like the birthplace of the writer Teresa Pàmies. Reminded of this, take into account Balaguer’s literary path with notable names such as Josep Pla or Josep Carner with emblematic places like Sant’s church Domènec or the Bridge of Saint Miquel.

The Wall of the 14th century, Gothic, is a nice complement at Lo Palauet. It can be accessed from the Mercadal Square or from the church of Santa Maria. The wall was rebuilt in the 14th century, and provides some panoramic views of the splendid city, the county of the Urgell and the outline of the mountains always ready for the best photo.

This building protected the ancient capital and at present offers a route of 450 metres from Saint Maria until the Tower of the Bass drum (ancient observatory of the Civil War), from where we can contemplate also the ancient castles of the Gironella and the Tower Blanca. After enjoying these views, with the lesson of history and of art of the well learnt day, nothing like the library and the terraces of Lo Palauet of the Wall to comment on what we’ve seen.

Declared Artistic Historic Monument. Categorical Gothic edifice of a single nave with side chapels and a polygonal apse of seven faces.

From Lo Palauet, it is a very pleasant walk from the busy street Below to the Shrine. This was Balaguer’s ancient main mosque that, later, became Romanesque church of Santa Maria of Almata (the façade is very significant for followers of the Romanesque) where the Saint Christ, master of the city was worshipped. It is situated in front of the ruins of the castle Formosus.

Inaugurated in 1983 and, since then, it manages and protects Balaguer’s archaeologic heritage, establishing valuable cultural and historical ties in the area.

Art and cultureSurroundings Lo Palauet de la MurallaWhat to do at Balaguer
Share it. Thank you!
Altres llocs d'interés / Other places of interest

The train of the lakes

The train of the lakes is a tourist train on a historic trail - vintage that circulates on Saturdays and lets one explore Lleida step by step.

Goes at the Gorge of Mont Rebei has something of ritual initiation. Every time that it go will be the first. How it passes with the readings of some classical…

Another of the accessible and interesting visits next to Lo Palauet de la Muralla is this Cistercian monastery of the 12th century, situated near Balaguer and that you can access…

© 2020, Lo Palauet de la muralla - All rights reserved
Back To Top
×
We use our own and third-party cookies to obtain statistical data on the navigation of our users and improve our services. If you accept or continue browsing, we will assume that you agree. Cookie policyI AGREE
Privacy and cookie policies

This website uses cookies to improve your experience while browsing the website. Of these cookies, cookies that are classified as necessary are stored in your browser as they are essential for the operation of the basic functionalities of the website. We also use third-party cookies to help us analyze and understand how this website is used. These cookies will be stored in your browser only with your consent. You also have the option to disable these cookies. But opting for some of these cookies may affect your browsing experience.
Necessary Always Enabled